The medicinal and aromatic plant, which originally comes from the eastern Mediterranean, was very popular in ancient Rome and, according to excavations, already in use in the 16th century B.C.. The spicy, tart but sweet taste of the seeds is reminiscent of liquorice and is an integral part of oriental cuisine. Elsewhere, the aniseed aroma is mainly used for spirits and liqueurs, but also for confectionery and pastries. In naturopathy, anise is considered helpful for, among other things, digestive disorders and respiratory infections 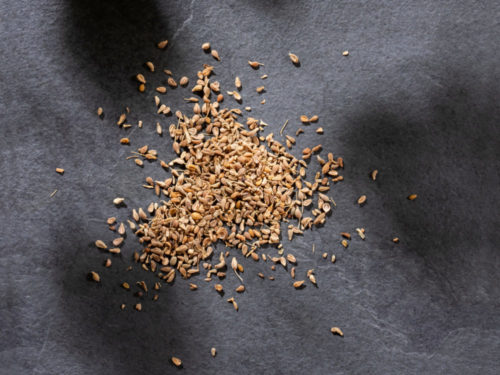