The seeds of the sesame have a slightly sweet, somewhat nutty taste, which is in particular demand in the Middle East and the Mediterranean, especially as a paste (also known as “tahina”). Due to the high fat content of up to 50 %, the production of oil is also an option. The high-quality, aromatic sesame oil has an intensely nutty taste and has been an integral part of Asian cuisine for some time. Sesame has been cultivated in the Middle East, India and China for thousands of years, but the origin of the plant is probably in Central Africa. Sesame is one of the oldest oil plants in the world. In Europe sesame is primarily used as a baking seed. 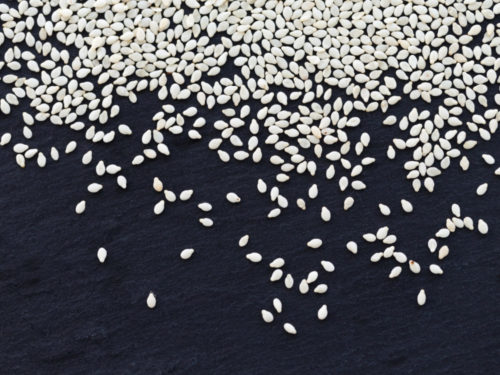