The healing power of curcuma has been known in Ayurvedic medicine for thousands of years and is increasingly valued in modern medicine. The roots of the Indian plant, whose usage was first mentioned in 2000 B.C., was initially popular as a dye and spread very fast also to the Far East and the oriental world. Turmeric is also known as “Indian saffron,” although there is little overlap aside from its use as a colouring agent. As a spice, turmeric, with its hot, slightly bitter aroma that is somewhat reminiscent of the related ginger, is particularly popular for curry mixes, to which it gives its characteristic colour. 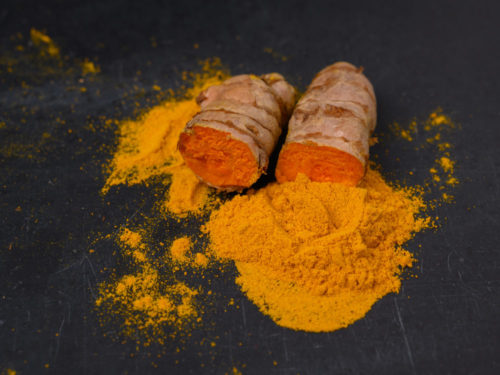