In the past it belonged to southern Europe and the Middle East, today coriander is consumed and grown in a wide variety of regions around the world. Coriander was already popular in the Roman Empire and even in ancient Egypt. But also in China the aromatic and medicinal plant was in demand thousands of years ago and can now be found mainly in Asian cuisine. Coriander is said to be beneficial for health, but is valued above all for its characteristic smell and taste. The spice enhances many fish and meat dishes and is, among other things, an ingredient of various curry mixes. 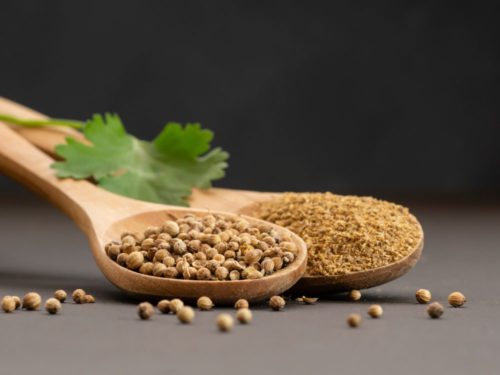