As early as 1,600 B.C., cinnamon came to Europe from southern China via the Spice Road. The cinnamon bark is the inner bark of an Asian tree and has been valued as a spice, fragrance and remedy in various parts of the world for ages. There are many types of cinnamon, however two types are particularly relevant. The best-selling type of cinnamon is cassia, also known as Chinese cinnamon, and has its origins in southern China. Ceylon, also known as true cinnamon, originally comes from today’s Sri Lanka. Ceylon is considered to be nobler, tastier and, due to the lower coumarin content, healthier. The aromatic substance coumarin can be liver-damaging in large quantities, which is why – at least if you like to eat a lot of cinnamon – Ceylon cinnamon should be chosen. 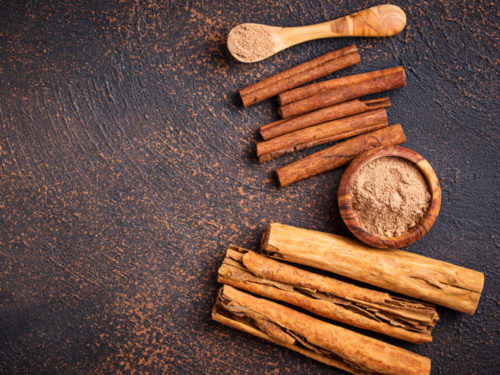