Allspice is a spice in which numerous flavours come together, which is why it is known as “allspice”. It has its own aroma, but is also reminiscent of pepper, cloves, nutmeg and cinnamon. The origin of the spice is in Central America and the Caribbean. Particularly noteworthy is Jamaica, where most of the allspice, which is regarded as the most valuable, is grown. With the exception of Brazil, allspice is still mainly grown in its original homeland today. The spice is also popular in Indian and Oriental cuisine and used in Christmas bakery in Europe. 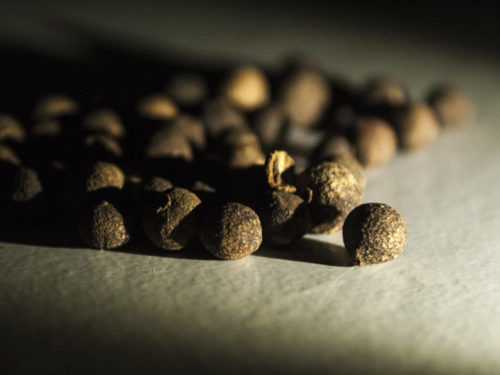